Address to the German Speechwriters in Berlin On Tuesday 24 April 2018, I made a speech to German speechwriters at the 7th Tagung Redenschreiben in Berlin.

This was my second visit to the conference. Three years earlier I had visited as part of preparation for the European Speechwriter Network conference that also took place in Berlin.

I had a great time. There were some outstanding presentations from other speakers including a speechwriter from Daimler and a workshop on how to do TED talks. 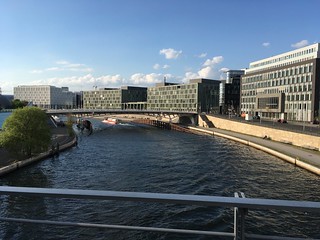 It was a challenge, because I couldn’t be sure of the expectations of the audience. The layout of the room, with delegates behind tables and a large lectern made it difficult for me to work out if I connected. They laughed but not always in the right places.

You can read the text of the speech here.